Leaders in Supply & Demand Side Intelligence

Enter the e-mail address you used when you registered an account with IIR Energy.

A message will be sent to the E-Mail Address found in our records containing the associated username(s) as well as instructions for a password reset.

News you can't find anywhere else 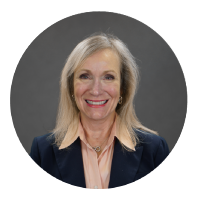 10 Years Tenure with IIR
Connect With Me On

Peggy began her career doing commercials and voiceovers for local, regional and national clients such Kool-Aid, Mazola Corn Oil, Ruger Rifles and Florida Grapefruit Council, She has received several Press Club awards for investigative reporting while working at KIKK Radio. She was also nominated for a Lone Star Emmy while working for Great Day Houston on KHOU-TV. As well as hosting IIR's daily news updates and webinars for the past 10 years, Peggy also hosts Straight Talk Money, a business radio show. Peggy's knowledge of the industry along with her valuable network of local and national connections makes her an asset to the team.